Are you planning to study or work in Japan? If your answer is yes, it is essential to have an adequate score in one or more Japanese language proficiency tests. It enhances the chances of opportunities and supports the resume to attain qualitative working experiences. The Japanese Language Proficiency Test is one of the preeminent ways to get a working visa in Japan, especially for non-native speakers. Although, do you have any idea how many tests you can take? In this article, we will provide the numerous Japanese Language Tests that you can consider before moving to Japan. So, what are you waiting for? Read further to know more about it!

CEFR: What Is It?

CEFR, also known as the Common European Framework of Reference for Languages, is an established and internationally recognized standard for examining language ability. It is segmented on a 6-point scale, starting from A1 for beginners up to C2, which is called as native level. It is considered one of the easiest ways to analyze different qualifications and relate them to other exams.

There are six levels of CEFR, where A1 is the lowest, A2, B1, B2, C1, and C2 are the highest. The level A means basic user, who is considered as the beginner, level B is the intermediate user, and level C means proficient user.

CEFR is one of the prominent references of language tests. Here are the top advantages that you should know:

Eligibility: It is widely available for everyone, regardless of their age, nationality, gender, purpose, etc. 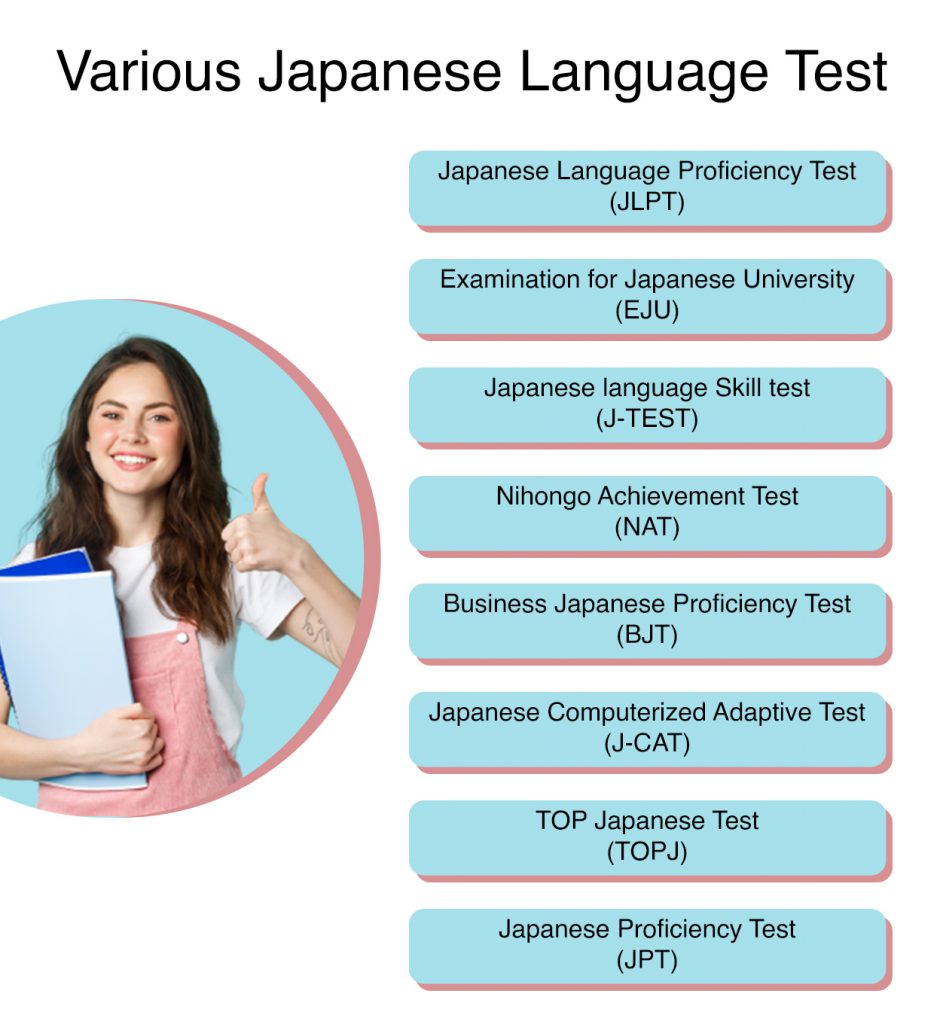 If you are wondering what tests you should apply for, here is the list of top Japanese language tests that you can consider. It will not only help you attain language proficiency but will also help you work in preeminent companies in Japan.

The Japanese Language Proficiency Test is organized by the Japan Foundation and Japan Educational Exchanges and Services (JEES). It is one of the established test programs for measuring Japanese language ability. The test is divided into five different levels in which N1 is the highest level of accomplishment and N5 is the most basic level of achievement. N5 is equivalent to CEFR A1 being the easiest, whereas N1 is equivalent to CEFR C1, which is the most difficult one.

JEES is currently coming up with the new Japanese Language Proficiency Test in association with the Japanese government. The test is highly focused on the Japanese used in everyday life. It strives to enhance the practical knowledge of the candidates instead of theory. However, it is emphasized because of the slow implementation and requirement for workers in Japan due to labor shortages. Nonetheless, the test is currently accessible in certain parts of Asia.

If you plan to settle down in Japan, you have to go through the Japanese Language Test to get a visa. Here are some of the advantages you should know before appearing in the JLPT test.

Eligibility: It is available for anyone regardless of the age, gender, nationality, and purpose of taking the test. There are no additional prior documents needed for it.

Examination for Japanese University is a must-take Japanese Language test, which is suggested by the estimation of 800 universities. It aims to motivate you to submit your grades in the test to analyze your Japanese language and academic capabilities in the respective field area. However, it depends on the university and course you are applying to, where you have to take a set of subjects from Science including Biology, Chemistry, Physics, Mathematics, Japan and the World, and Japanese as a Foreign Language.

Taking this test will provide you with multiple educational and work opportunities. Many companies and universities accept applicants based on EJU grades and do not ask them to take other specific exams. Every university has their own sets of equivalency, but when we compare it with CEFR it must be at least B2, to get admission in schools and universities.

It helps provide direct entry to the university or college for respective educational courses after checking their Japanese Language Test.

Eligibility: The examination is open to everyone regardless of their age, gender, nationality, and more. Besides that, there is no additional requirement for appearing in the test.

The Test of Practical Japanese, also known as the J-Test is created for non-native Japanese speakers and is organized 6 times a year in Japan. Many recognized companies, universities, graduate schools, and other reputed educational institutions accept J-Test as proof of Japanese language proficiency. It also helps in offering scholarships recommendations to the students. The J-Test is categorized into three levels (A-C Level, D-E Level, and F-G Level) that provide a detailed evaluation of the conducted test. When it comes to CEFR, it is divided into 7 segments, which are A to G level. A to C is considered as Advanced A, CEFR C1 is between A to C level, with a conclusive score of 700. CEFR B2 score includes 600 of A to C level, CEFR B1 concludes D-E level with minimum 500 score, CEFR A2 consists of 350 score of D- E Level, and at last CEFR A1 concludes score 250, which is the F Level.

A-C and D-E Levels are writing tests, whereas F-G questions are multiple-choice questions. Initially, a different test known as Business J-Test was organized for non-native advanced Japanese speakers but got attached to J-Test in May 2019.

It works as proof in universities and schools for representing proficiency in the Japanese language. It will support college applications and provide career opportunities in Japan.

It works as proof of Japanese language proficiency for job applications in major companies.

Eligibility: It is eligible for non-native Japanese speakers/ learners.

The Japanese Language NAT-TEST is a preeminent Japanese Language Test, similar to the JLPT test. The only difference is that it is organized six times a year. You can consider this test to prepare for JLPT and check how much knowledge you have attained based on your performance. Talking more of it, there are an estimated 60 offices available all over Asia, which will help you with applications and certificates procedures.

NAT-TEST is an evaluation system that provides the candidates with textbooks and concise guidelines. It not only helps prepare students for the NAT-Test but also for JLPT, which helps them understand the Japanese language in depth. The Level 1 of JLPT is equivalent to CEFR C1 and Level 5 is equivalent to CEFR A1.

One of the major advantages of the Japanese Language NAT-TEST is that it prepares the candidates for the JLPT test as it has the same format.

Many universities, schools, and companies accept Japanese Language NAT-TEST as an entrance and eligibility proof.

Eligibility: There is no specific requirement. Although, it is preeminently designed for non-native Japanese speakers.

The Business Japanese Proficiency Test is one of the specialized tests that help in evaluating the practical knowledge of candidates in the Japanese language that is significantly required for business considerations. If you are appearing for this test, besides listening and reading skills, you need to attain a high score in analytical and critical skills.

It is a system-based test in which results are shown on-screen after taking the test. BJT is an advanced test compared to the other Japanese Language Proficient Test (JLPT) that can be used for business-related skills, job applications, and university admissions in Japan. The Levels in Business Japanese Proficiency Test goes from J5 (CEFR A2, or JLPT N4) to J1 + (CEFR C2).

It works as proof that you have theoretical and practical knowledge of the Japanese Language.

Eligibility: This test is available for everyone regardless of age, gender, nationality, and purpose. Other than that, there are no additional documents required for it.

The J-CAT is a computer-based Japanese Language Test, which is done to evaluate proficiency in the Japanese language. The best thing about this test is that you can appear for it from the comfort of your home.

In this test, the questions will be adaptive and changed based on the performance. It tests grammar, listening, reading, and vocabulary abilities. However, it is not a highly reputed test, but it is good to enhance your Japanese language skills to prepare for bigger exams like EJU and JLPT. It has no equivalency for CEFR, but it can be given to prepare for reputed tests for the language proficiency.

Helps in providing working visas and career opportunities in Japan as it works as proof that you have practical knowledge of the Japanese language.

Eligibility: It is available for everyone worldwide and does not require any additional documents.

TOP Japanese Langauge Test is one of the preeminent Japanese language tests organized six times a year in eight different countries, including different regions. It has three different levels, which can measure the top levels of language proficiency that JPLT.

It works as proof of Japanese Language Proficiency and helps acquire the best career opportunities in Japan.

Helps in getting a sponsored scholarship by the Asian Foundation having the best academic accomplishments.

The Japanese Proficiency Test (JPT) is accredited by the Immigration Bureau of Japan’s Ministry of Justice and concludes with 100 listening comprehension and 100 reading comprehension questions.

Eligibility: There is no specific requirement for this exam.

These are some of the best-recognized Japanese Language Tests you can consider if you want to Work in Japan. However, before that, you need to prepare yourself for the respective exams with the help of experts. For more information regarding the exams, you can reach out to us! 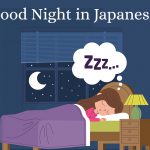 Previous Story
How To Say Goodnight in Japanese
→ 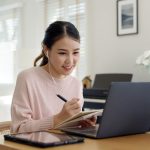 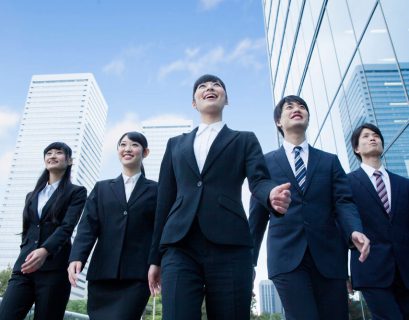 The career scope of learning Japanese language is quite vast. “Why,” you ask? Well, Japan has been experiencing a chronic labour...
Read More →