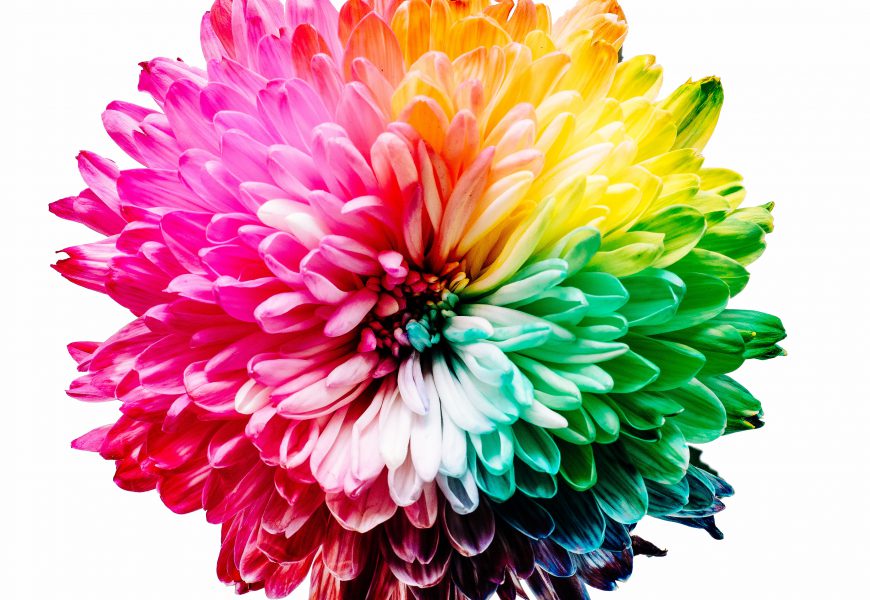 Different Shades Of Black In Japanese

Different Shades Of Blue In Japanese

Different Shades Of Red In Japanese

Different Shades Of Green In Japanese

Different Shades Of Brown In Japanese 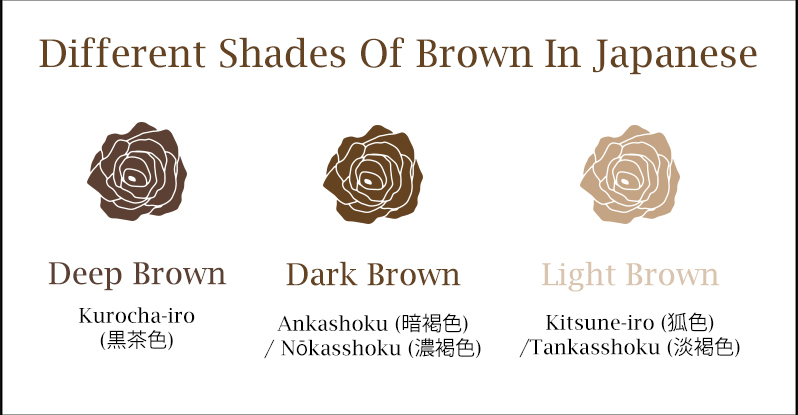 Different Shades Of Pink In Japanese 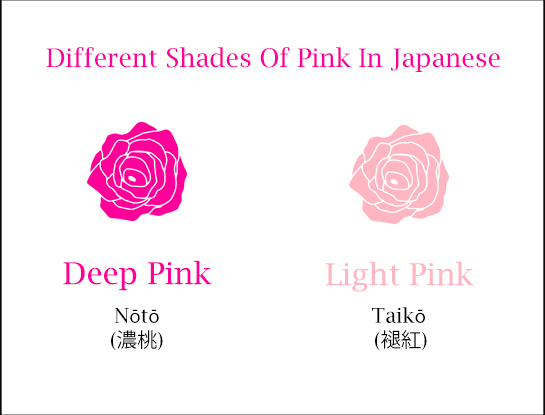 Different Shades Of Purple In Japanese 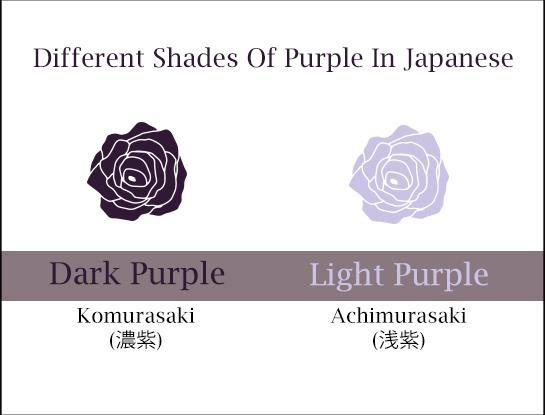 Different Shades Of White In Japanese 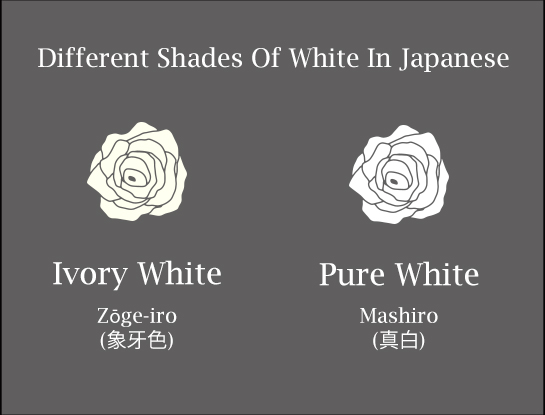 Different Shades Of Yellow In Japanese

Now, let’s get on to the topic at hand.

Meaning of Colors in Japanese

In Japanese culture, the colour red represents authority and wealth. It is a powerful colour, and you can find proof in the Japanese flag, which consists of the colours red and white. And in the flag itself, you can see in the centre the red circle, which symbolises the sun. Even in marriage ceremonies, most brides wear traditional red attires. Moreover, red envelopes are used when money is offered as gifts on special occasions.

The colour purple symbolises royalty, nobility, and luxury.
There are only two countries in the world that use purple in their national flags: Dominica and Nicaragua. Other countries don’t include the colour in their flags because the purple dye is quite expensive. And as such, this colour was only affordable by the wealthy people in Japan in the past. In fact, ordinary people were not allowed to wear purple-coloured clothes then.

In the past, the Japanese’s colour of mourning was white. It was only after the western influence that they switched to black. In Japanese culture, and like many others, white represents purity and cleanliness. It is considered to be a blessed and sacred colour.

Japan, a nation surrounded by blue water, the colour blue symbolises purity, cleanliness, passivity and fidelity. It is considered a lucky colour and is a popular colour in Japanese clothing, such as kimonos. Indigo got its name ‘Japan Blue’ when foreigners visited Japan during the Meiji period. They were amazed to see Japanese towns covered with Indigo blue everywhere such as their beddings, towels, kimonos, etc.

Green, another colour considered lucky in Japan, symbolises fertility, growth, youth, eternity, vitality and energy. The Japanese are nature-loving people, and on the 29th of April every year, which is the birthday of Emperor Shōwa, who loved nature, they celebrate Greenery Day.

Black has been synonymous with death, evil, and destruction in almost every culture, so the colour of mourning is black in most countries, including Japan. Since ancient times to this day, black has been the colour used for makeup. Back then, the Japanese had a custom where they would paint their teeth black. This unusual custom called o-haguro, which involves dying one’s teeth black with dissolved iron and vinegar, prevents tooth decay. It is still practised during funerals by locals in the countryside and some geishas on special occasions.

For the Japanese, the colour orange represents happiness and love. It also indicates knowledge and civilization. It is among one of the most popular colours used in clothing.

Pink symbolises femininity, spring, youth, and good health, and it is among the popular colours in Japanese clothing in Japan. When it comes to character, this colour represents a child-like personality.

In Japan, yellow symbolises nature and sunshine and is considered a sacred colour in the Far East. Yellow is used in many Japanese terms. For instance, when one has a ‘yellow beak’, it means that they are inexperienced and ‘yellow voice’ refers to the high-pitched voices of kids and women.

This wooden colour represents strength, endurance, comfort, simplicity, as well as Earth itself.

For the Japanese, gold represents wealth, royalty, prestige and the colour of the heavens. This colour is used to decorate temples and the statues of Lord Buddha.

When it comes to fashion, we tend to follow the latest trends that we see on runways. There was a time when not following a fashion trend made one an outcast; no one dared don something so traditional. But, today, the rules of fashion have changed as people are now all about mix and match.

In Japan, many fashion houses are revamping their fashion styles with traditional outfits and colours. Let’s take the kimono, for instance. Kimono has become a fashion statement, and even international celebrities and luxury brands are flaunting them. Kourtney Kardashian was spotted wearing an Attico kimono mini dress back in 2017. People in Japan are now wearing kimonos to their workplace as well.

Japanese traditional colours have also become part of Japanese Fashion as many Japanese celebrities, especially J-pop stars such as the Japanese vocal duo YANAKIKU and Kyary Pamyu Pamyu, who have helped spread the kawaii and decora culture, were seen in outfits painted in the traditional colours of Japan.

Did you know that Rubik’s Cube has Japanese and Western colour alignments?

Although both follow the traditional Rubik’s Cube colours, white, yellow, orange, red, green, and blue, According to GoCube, “the Japanese Rubik’s cube has switched yellow and blue colours. In the case of Japanese cubes with a white plastic body, some have black stickers instead of white ones.” In this colour scheme, people prefer to start with a blue face.

The western colour scheme, also known as Minus Yellow, is called “BOY”: blue-orange-yellow. In this colour scheme, people usually start with the white face and finish with the yellow.

Did you know that the hair colours of anime characters hint at their personalities, predominantly female characters?

Take a look at this Anime Hair Colour’s Meanings:

Blonde/Yellow Hair: A character with yellow hair or blonde hair is often the most crucial female lead or the “special someone”. The character traits vary for different anime characters with blonde or yellow hair. While some have good personalities, others are rude. It depends on the character and the plot.

Blue Hair: A character with blue hair is usually an introvert who is reserved, soft-spoken, and knowledgeable. The shade of blue hair colour is essential in the world of anime. For instance, characters with a lighter blue or sky blue hair colour are often portrayed as cute and approachable.

Purple Hair: A character with purple hair will usually be noble, dainty and erudite. They can be strong, powerful and unpredictable at times. As purple represents royalty, these purple-haired characters are traditionally from noble backgrounds who are after wealth and worldly possessions.

Brown Hair: Anime characters with brown hair are usually ordinary and plain but warm, sincere, friendly, and approachable. In many anime, brown-haired characters are typically close friends or confidants of the protagonists.

Pink Hair: A character with pink hair tends to be cute, naive, and innocent. They usually have upbeat personalities and child-like innocence. They are generally female protagonists or the love interest of the male protagonist. 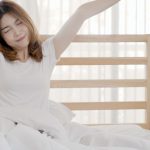 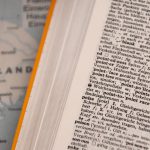 Next Story
Kanji Dictionary And Where To Find Them 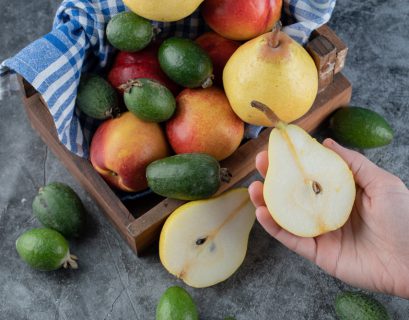 Names Of Fruit In Japanese

No matter where you go, no matter the country, fruit is something everyone has in common; only the names will probably be different. In...
Read More →